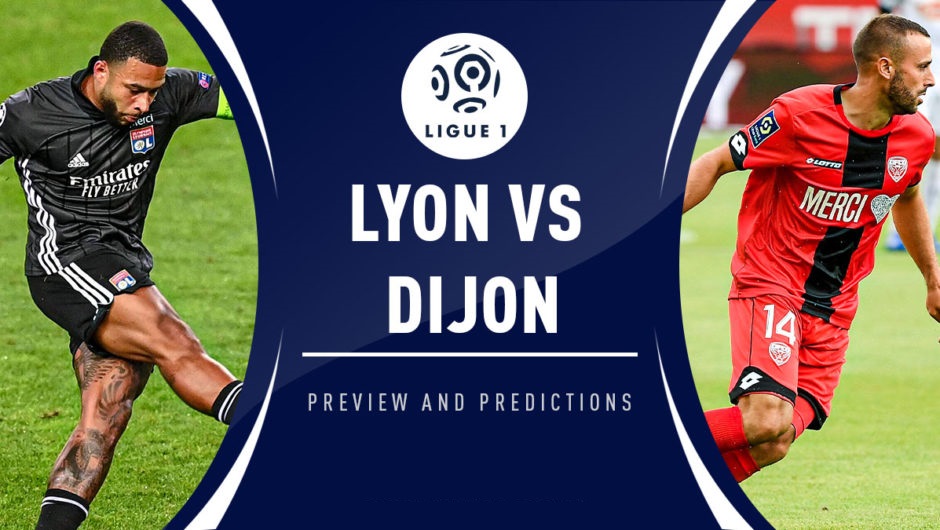 Lyon will commence their Ligue 1 season on Friday night against Dijon (20:00 kick-off), just over a week since they were eliminated from the Champions League semi-finals at the hands of eventual winners Bayern Munich.

Rudi Garcia’s men put up a valiant fight in the continent’s flagship tournament earlier this month, knocking out Juventus and Manchester City en route to their semi-final showdown against Bayern, but they will be desperate to improve upon their seventh-placed finish in Ligue 1 last term.

The Kids will not be competing in Europe this campaign following a disappointing domestic campaign in 2019/20, in which the French top-flight ended prematurely. As a result they can focus solely on domestic affairs this time round and potentially causing an upset in the upper slopes against reigning French champions PSG.

The Ligue 1 season got underway at the weekend, and Dijon kicked things off with a tame 1-0 reversal against Angers, so manager Stephane Jobard will be eager to bounce back at the Parc Olympique Lyonnais, though he faces a very tough task against an in-form Lyon.

Despite just recently playing Bayern in the Champions League semi-final, Garcia is likely to name an unchanged XI, bar one or two tweaks. Lyon’s poor domestic finish to 2019/20 will give the Kids an added incentive to redeem themselves this time round and that could start with a convincing performance against Dijon on home turf.