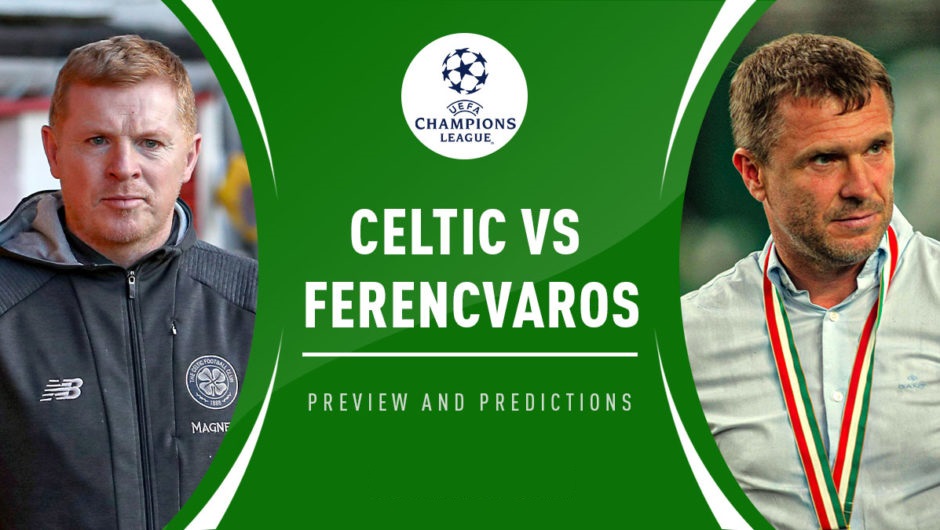 Celtic will continue their quest to reach the Champions League group stages when they play host to Hungarian champions Ferencvaros at Parkhead on Wednesday night (7:45pm kick-off).

The Bhoys have already blitzed past Icelandic outfit KR Reykjavik 6-0 in the first qualifying round, but face a much more potent threat in the form of Ferencvaros. Their defeat to Romanian club Cluj in the qualifying phase last year should act as a cautionary tale when facing Eastern European opposition.

The Green Eagles clinched their 31st Hungarian title last season and have previous in continental football, having defeated Juventus in the 1965 Fairs Cup and reached the UEFA Cup Winners’ Cup final in 1975, but they haven’t competed in the Champions League group stages since the 1995/96 campaign.

Managed by former Tottenham and West Ham striker Serhiy Rebrov, Ferencvaros have already knocked out Djurgardens IF of Sweden but travel to Glasgow knowing they are in for a much tougher test. The question is: who will come out on top at Celtic Park?

Summer signing Albian Ajeti made his debut in the previous qualifier against Reykjavik and scored his first Celtic goal at the weekend against Dundee United, so he could be rewarded with a start on Wednesday, either in front of star striker Odsonne Edouard, or alongside him.

Ferencvaros have their own threats, and one who could cause the Celtic midfield a few problems is Rio de Janeiro native Somalia, who returned to Budapest this summer after a spells away with Toulouse and in the Middle East. Without the rousing Celtic atmosphere, the Brazilian believes the hosts aren’t the favourites entering this contest.

“Celtic has a lot of history and tradition as a club but they are not favourites for this match,” he declared. “Without fans it makes our chances level. We have a 50 per cent qualifying chance.”