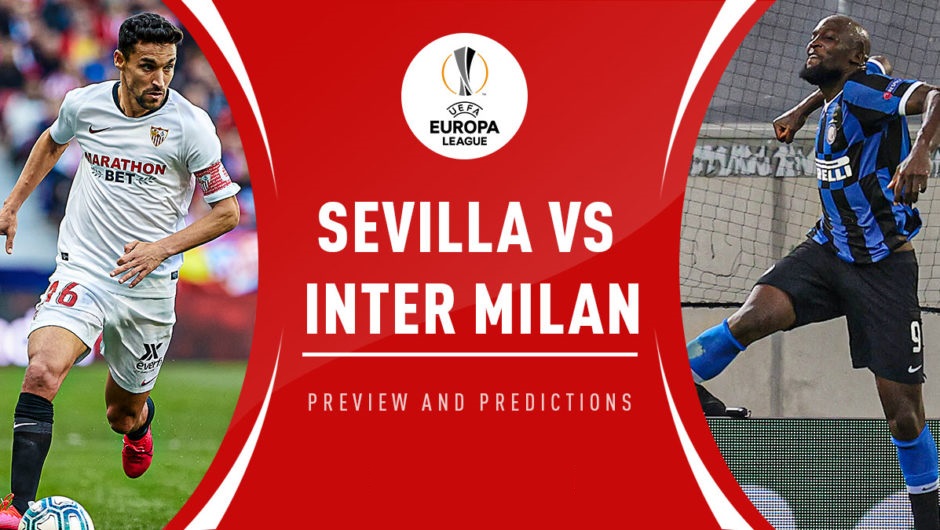 The stage is set in Cologne for the 2019/20 Europa League final between Sevilla and Inter Milan on Friday night (20:00 kick-off).

Sevilla are the record title holders of this competition and will look to extend their trophy cabinet to six when they take to the turf later this week.

Under former Real Madrid manager Julen Lopetegui they have defeated Premier League opposition in Wolves and Man Utd to reach the showpiece and will be confident of knocking out another of the continent’s perennial powerhouses.

This will be the first-ever meeting in Europe between these two sides and it offers a tantalising prospect between two giants of the game. Inter Milan are unbeaten in the Europa League this term, having dropped out of the Champions League, while Sevilla have never lost a tie in Europe that’s been played out over a single leg.

Antonio Conte is a serial winner and won this competition — then known as the UEFA Cup — during his playing days for Juventus, so he will know what it takes to get the job done and secure continental silverware for the Nerazzurri. But, Sevilla will not go down without a fight.

Both managers are likely to name unchanged XIs from their semi-final victories, with Romelu Lukaku and Lautaro Martinez set to continue their blossoming partnership up-top for Inter Milan, but they face one of Europe’s most in-form and formidable defences in Sevilla.

Jesus Naves and Sergio Reguilon have proven a revelation as full-back options this term, while the centre-back acquaintanceship of Jules Kounde and Diego Carlos will not part quite so openly as Inter found against Shakhtar in their 5-0 drubbing last time out.

Sevilla: This game is set to be the final in a Sevilla jersey for midfielder Ever Banega who agreed to end his second spell at Estadio Ramón Sánchez Pizjuán earlier this year. The 32-year-old Argentine will soon relocate to Saudi Arabian outfit Al-Shabab, before that a chance to win a third Europa League title at the expense of former side Inter Milan, and the ex-Nerazzurri man has been in good form of late having assisted in their wins over AS Roma and Wolves.

Inter Milan: “It’s been a while since I’ve played like this, [those] goals are very important to me, we are preparing for big things,” was the verdict of Lautaro Martinez after Inter breezed into this season’s Europa League final. And he wasn’t kidding. Martinez, who has been heavily linked with a move to Barcelona, grabbed a brace and created another in their 5-0 win over Shakhtar Donetsk, both efforts were his first in the competition since the round of 32.