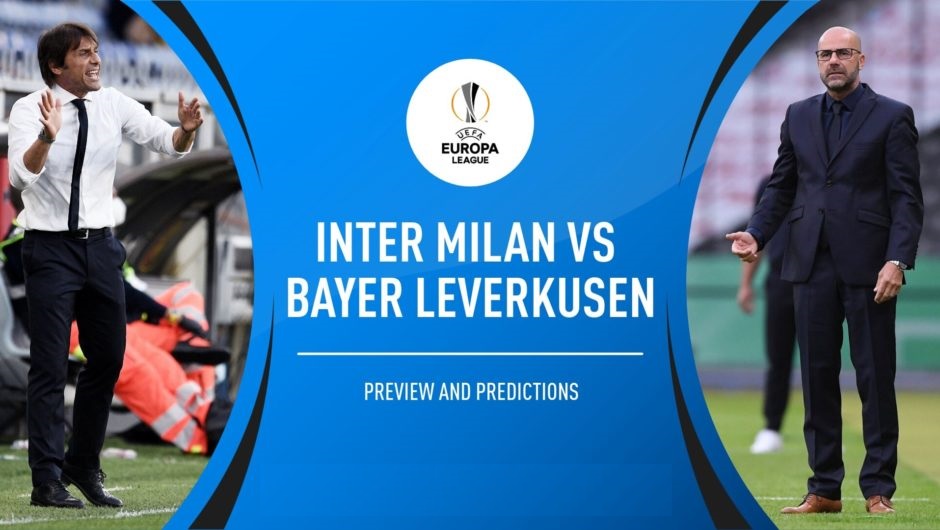 Inter Milan face Bayer Leverkusen on Monday night in a battle between two of the competition’s favourites.

Antonio Conte’s men are contesting their first European quarter-final since 2011 but having finished just one point behind Juventus in the Serie A table and an attacking line-up which is the envy of many sides across the continent, the Nerazzurri will be high on confidence.

The same could be said of Bayer Leverkusen, who are playing in their first continental quarter-final since the 2008 Uefa Cup. They breezed past Rangers in the previous round with a 4-1 aggregate win and finished fifth in the Bundesliga, missing out on a top-four spot by just two points.

With the rest of this season’s Europa League and Champions League ties being played across one leg, we’re guaranteed a winner here and, with that, plenty of drama in Dusseldorf.

Antonio Conte, who is only missing Matías Vecino, may resist the temptation of changing his lineup from the win over Getafe though Christian Eriksen is pushing for a place in his starting XI. Charles Aránguiz is missing for Leverkusen as he serves a one-match suspension and Paulinho is also missing through injury.

Inter Milan: Knockout football is all about fine margins and with that comes the need for a reliable goalscorer who can finish chances when the pressure is at its highest. No player has delivered more in that respect during 2019/20 than Romelu Lukaku, who has netted a huge 30 goals in 47 games across all competitions. Lukaku opened the scoring against Getafe as Inter won 2-0 in the round-of-16 last time out and he’ll have his sights firmly set on crushing Leverkusen, too.

Bayer Leverkusen: No Leverkusen player has drawn more attention this season than Kai Havertz and now, with reports linking him to Chelsea appearing around every corner, all eyes will be on the German wonderkid. Havertz helped himself to 12 goals and six assists in the Bundesliga as Leverkusen finished fifth and has replicated that form on the continental stage, scoring three and assisting twice in four Europa League appearances. At this point, Leverkusen are likely resigned to losing their prized asset, so, if Havertz can fire them to European glory and drive up his price in the process, it’s a win-win situation for all involved.