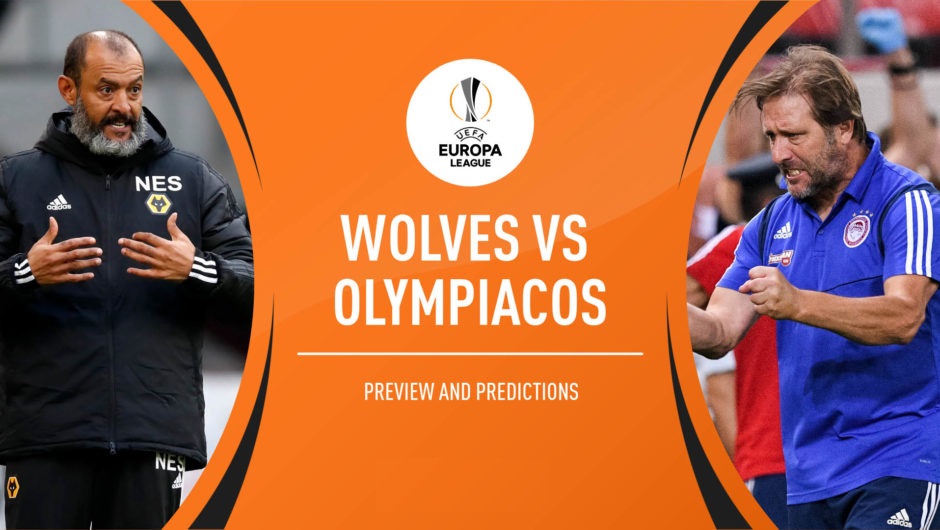 Wolverhampton Wanderers‘ hopes of European football for 2020/21 sees them host Olympiacos in the Europa League last-16 on Thursday at 8:00pm.

Arsenal‘s FA Cup win at the weekend means Wolves failed to qualify for next season’s Europa League, but a shock Champions League spot could still be on the cards if they win this year’s Europa League.

Nuno Espirito Santo‘s men currently hold a slight advantage over Olympiacos going into their last-16 second leg on Thursday, thanks to an away goal in their 1-1 draw in Greece back in March.

A win for Wolves would see their long Europa League journey continue, having started in the qualifying rounds on July 25, 2019 – over a year ago. But standing in their way are an Olympiacos side who have already knocked out English opposition in the Europa League, beating Arsenal in the last-32 which included a 2-1 win at the Emirates.

Players aren’t often used to playing knockout European football with transfer rumours surrounding them and their future in doubt, but that’ll be the case on Thursday for Raul Jimenez.

The Mexican forward has enjoyed another good season at Molineux, scoring 26 goals in 53 games across all competitions, including 17 in the Premier League.  Since joining initially on loan from Benfica at the start of the 2018/19 season, Jimenez has now scored 43 goals in 97 games for Wolves – already his highest tally at a single club.

And although Jimenez appears to have his heart in Wolves, as does his family, the Mexican is currently being linked with a move to the likes of Manchester United and Juventus.

United appear to be the more likely destination as they look to build on their third-placed Premier League finish, with Marcus Rashford, Anthony Martial, Mason Greenwood and Odion Ighalo the club’s current recognised strikers.

But, for now, Jimenez’s focus is on going all the way with Wolves.

“If we think like this – we want to be in the final and win it, we have to go with that mentality and effort – we can achieve it.

“If we go with our heads down, we aren’t going to achieve anything. We all know each other; we know we are a good team that works together. We have to think bigger.”