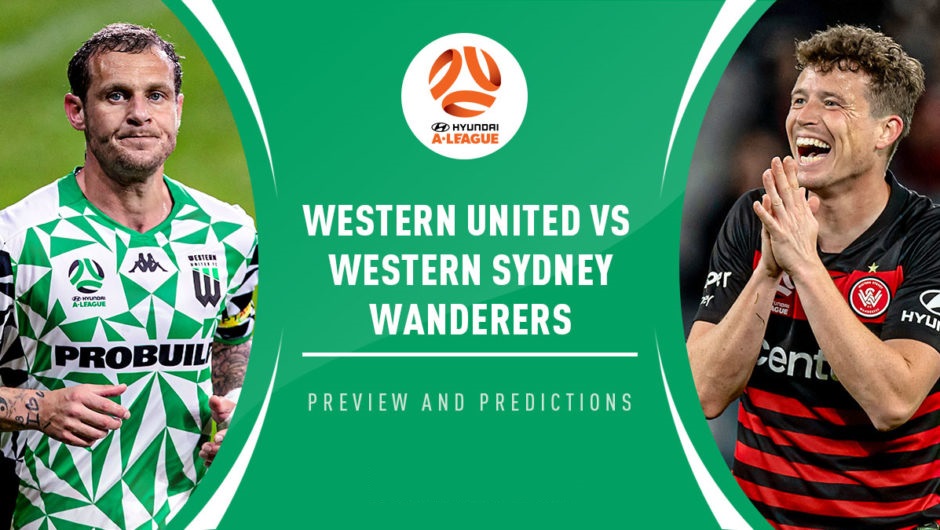 With the Australian A-League coming to a close, Western United play host to Western Sydney Wanderers on Friday (10:30am).

There may only be a handful of games remaining in the regular season but it is still all to play for as eighth-placed Western United and ninth-placed Wanderers scramble it out for a place in the top six and the Finals Series.

As things stand five points separates both these side from Adelaide United, who occupy the last qualification position for the Finals Series. The Green and Black have three games in hand over Adelaide but will need to put points on the board when WSW come to town.

The visitors currently have a game in hand and could close the gap on Adelaide to within two points with a win heading into the final stretch, making Friday’s contest a proverbial six-pointer if ever there was one.

These two sides have already met each other twice this season with the Green and Black unbeaten in both of those contests (one win, one draw), but can Mark Rudan’s side inflict further woe and edge closer to Adelaide? Or will Jean-Paul de Marigny pull off a tactical masterclass and scoop three precious points?

He may be 37 years old, but Alessandro Diamanti is still an elegant playmaker and can dictate proceedings when he fancies it. The mercurial midfielder forged a reputable name for himself in Europe while donning the colours of Fiorentina, West Ham and Atalanta among others, while also racking up 17 caps for Italy.

On his day he is a delight to watch, mesmeric on the ball and precise with his set-pieces. Thus far, the veteran playmaker has amassed five goals and seven assists in 21 A-League appearances this season, and will be hoping to finish the season on a high as the Green and Black chase a top-six finish.