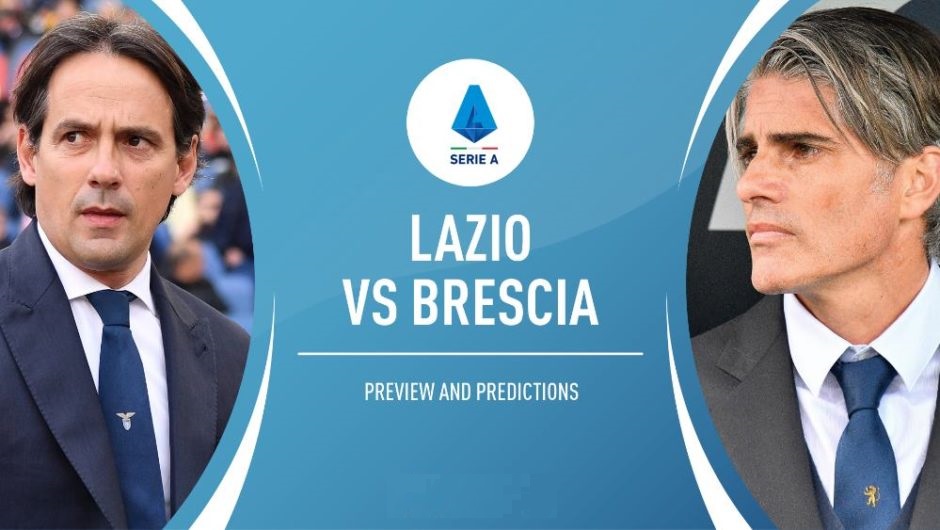 Lazio will look to strengthen their claim for second-place when they host already-relegated Brescia on Wednesday at 6:30 PM.

Simone Inzaghi’s men have recovered from a poor run of form to win their last two matches and currently sit fourth in Serie A on 75 points, just one adrift of Inter in second.

Although a season which promised a close title race with Juventus has faded during the latter months, Lazio can still be proud of Champions League qualification and a runner-up spot would represent a monumental achievement for Inzaghi and his players.

For Brescia, these final two games represent nothing more than a chance to restore some pride, with Diego Lopez’s men currently occupying 19th place, 12 points adrift of 17th. Preparations for life in Serie B have already begun in Lombardy.

Inzaghi will remain without the injured trio Stefan Radu, Lucas Leiva and Senad Lulic for the penultimate game of the season.

Daniele Dessena will sit this one out for the visitors due to suspension, joining an already lengthy list of absentees for Lopez.

Aside from trying to fire Lazio to second place, Ciro Immobile has the added motivation of trying to seal a third Capocannoniere award of his career to carry him through these final two games — trying to fend off Cristiano Ronaldo in the process only adds to the prestige.

Immobile strengthened his claim for the prize with a hat-trick against Verona last time out, taking his tally to an incredible 34 goals in 35 Serie A games so far this season, three ahead of Ronaldo and some 11 clear of Romelu Lukaku in third.

The 30-year-old is in red-hot form right now and the prospect of facing Brescia, who have conceded the second-highest number of goals (76) in Serie A this season, will be a tantalising one for the league’s most feared marksman.