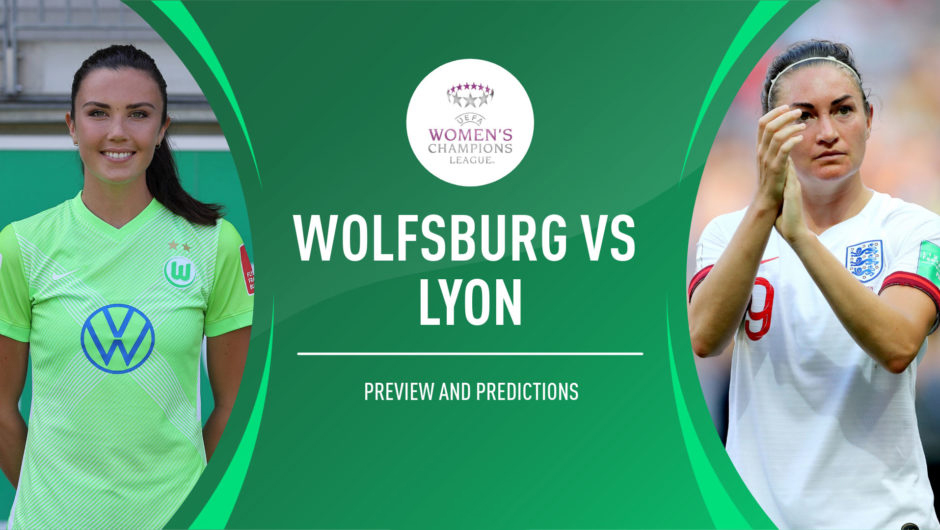 Lyon will be looking to win the Women’s Champions League for the fifth year in a row when they face old rivals Wolfsburg in the final on Sunday at 7pm.

The two sides are regarded as arguably the top women’s teams in Europe, often going up against each other for the Champions League. In fact, Sunday’s meeting with be the fourth Champions League final between Wolfsburg and Lyon, with the former winning the first before losing the last two. Lyon have also knocked Wolfsburg out of the Champions League at some stage in the past four seasons.

Beating local rivals PSG in the semi-final thanks to Wendie Renard’s goal, Lyon are also in their ninth final in 11 years, winning six of those – all of which are competition records. But Lyon haven’t been perfect and have shown signs of weaknesses that Wolfsburg will look to exploit. The German side are in their fifth final thanks to a 1-0 win over Barcelona but rode their luck at times thanks to poor finishing from their opponents.

But that shouldn’t take away from what will no doubt be another good clash between the two sides. Lyon are unbeaten in competitive football since May 2018 while Wolfsburg have not lost in 40 games (when Lyon beat them). Whose record is going to tumble this weekend?

Wolfsburg have no injury concerns or suspensions and go into Sunday’s game at full strength. Lyon, meanwhile, will be without Nikita Parris after she was sent off in the win over PSG. Amandine Henry is a doubt for Lyon after picking up an injury in the quarter-final win over Bayern, while Griedge Mbock Bathy, Jessica Silva and Ada Hegerberg remain out.

Wolfsburg: The Germans have a lot of stars in their side that rightly receive praise, but one very important player that appears to go under the radar is Ingrid Engen. The Norwegian midfielder joined Wolfsburg from December 2018 but only really became part of the team for the 2019/20 season, after an impressive World Cup campaign. Still just 22, Engen plays with the air of someone much older and more experienced, but that’s what makes her so vital to Wolfsburg’s side.

Sitting at the heart of the Wolfsburg midfield, Engen helps her side at both ends of the pitch, with a calmness in front of the defence – sometimes dropping in line with her centre-backs to receive the ball and move it forward. But she is just as dangerous in attack, as shown in the 9-1 quarter-final win over Glasgow City, when Engen scored two goals. The first was a well-taken header from a corner, having been unmarked, but the second came with a lovely late run into the box to get onto the end of a cross, running in front of the stationary defender. Engen won’t be solely relied on for her goals against Lyon, but her performance will be key to how Wolfsburg do.

Lyon: With Nikita Parris suspended, Ada Hegerberg injured and Eugenie Le Sommer not fully fit, English forward Jodie Taylor could be given the responsibilities of leading the line for Lyon. The 34-year-old joined Lyon from OL Reign – their United States sister club – in the summer, having participated in the NWSL Challenge Cup, replacing the regular season.

One a deal until the end of the year, Taylor has already tasted glory with Lyon, coming on as a late substitute in the French Cup final win, though she did not take a penalty in the shootout. Taylor is yet to get on the scoresheet for Lyon having only played a handful of minutes, but the veteran striker gets goals wherever she goes, and an extended period of time on the pitch could see Taylor fire the French side to another Champions League victory.