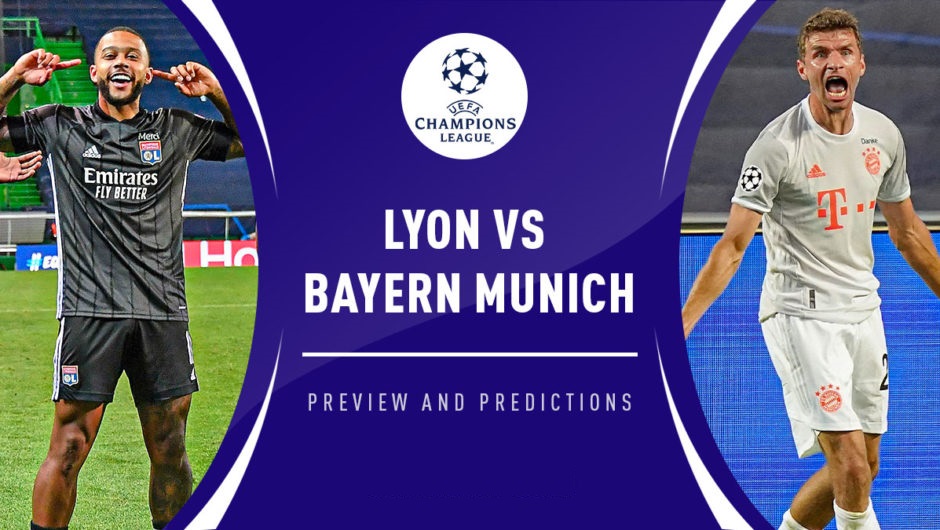 Lyon will look to pull off a third consecutive giantkilling when they take on Bayern Munich in the Champions League semi-finals on Wednesday night (20:00 kick-off).

The French side have already claimed the scalps of both Juventus and Manchester City, with Rudi Garcia’s men outfoxing the Old Lady over two legs in the last-16 and netting two late goals against the Citizens in a 3-1 win to book their place in the penultimate round.

The Kids will be relishing the chance to butt heads with another European powerhouse in Bayern Munich, but after the Bavarians pulled off a resounding 8-2 win over Barcelona in the previous round, this will undoubtedly be their toughest challenge yet.

Under Hansi Flick, Bayern look unstoppable at the minute and he will be hoping to exorcise the ghosts of past Champions League semi-finals for the German club, with Bayern failing to progress in their last four appearances at this stage of the competition.

The other semi-final between PSG and RB Leipzig will be played out the night before on Tuesday, so both these sides will know who awaits them in the showpiece event later this month. But who will get there? In this season’s Champions League, it is anyone’s guess….

Both these sides have thus far made their way through this intense mini-tournament relatively unscathed. Lyon have a full-strength squad to choose from, while Benjamin Pavard remains the only notable absentee for Bayern, setting the stage for an epic clash of heavyweights.