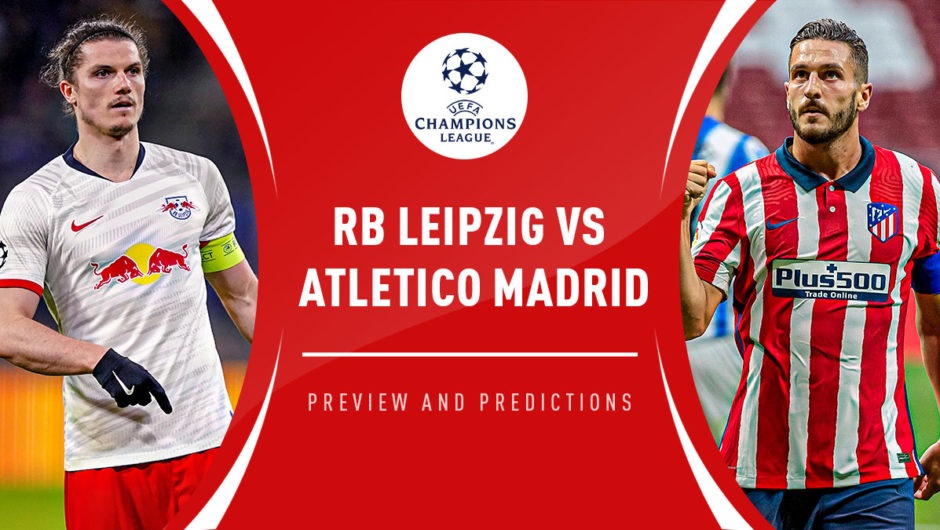 RB Leipzig are competing in the Champions League quarter-finals for the first time in their history but face a tough task in 2016 finalists Atletico Madrid in Lisbon on Thursday night (20:00 kick-off).

Julian Nagelsmann’s Leipzig have already navigated a tough Group G, which included the likes of Lyon and Benfica, as well as annihilating Tottenham Hotspur 4-0 on aggregate in the last-16, but this encounter presents their toughest challenge thus far.

Atleti are notoriously difficult to break down, so the Saxony club will need to be firing on all cylinders when they take to the Estadio Jose Alvalade. Their hopes of breaching the Madrid goalmouth have been dented, however, after star striker Timo Werner opted to join Chelsea before the end of the protracted season.

Diego Simeone’s men will be hoping to reach the semi-finals for the first time since 2016/17 and have already eliminated reigning champions Liverpool, but can Los Colchoneros pull off another huge win and set up a meeting against one of Atalanta or PSG in the penultimate round?

It was confirmed by Atletico Madrid on Monday that both Angel Correa and Sime Vrsaljko have tested positive for coronavirus and will now undergo a period of self-isolation at home, meaning they have not travelled with the squad for Thursday’s meeting.

With Timo Werner now in west London after completing his move to Chelsea, RB Leipzig will need to tweak things around up front, which could mean a two-man partnership of Yussuf Poulsen and Patrik Schick. In other news, last-16 hero Marcel Sabitzer is a major doubt for this clash.

RB Leipzig: Werner is now out of the equation of course, and Marcel Sabitzer, who netted twice in the previous round, is a potential absentee. So Nagelsmann will need to look elsewhere for a trusty source of goals, especially as the Bundesliga club are coming up against one of the most formidable defences in Europe. One player who could prove the difference-maker in this one-legged contest is Emil Forsberg, who scored the final goal in Leipzig’s win over Spurs. The Swede is currently enjoying his most prolific campaign, with 10 goals in all competitions, and has scored four of Leipzig’s last eight Champions League goals. Each of those came in the opening or closing 10 minutes of the match, too.

Atletico Madrid: RB Leipzig have never been involved in a goalless Champions League draw, so expect some fireworks on Thursday night. Granted, the German club have only contested in 14 matches in Europe’s flagship tournament, but they are typically a side accustomed to feasts of goalscoring activity. With this being a straight knockout match, Simeone will know his side need goals themselves, and in Alvaro Morata, he has a striker who likes to turn up in these latter stages. Eight of Morata’s 15 Champions League goals have come in the knockout stages (53 per cent), which is more than any other Spaniard since 2013/14. So don’t be surprised to see the former Chelsea marksman turning up and doing the business in Portugal.