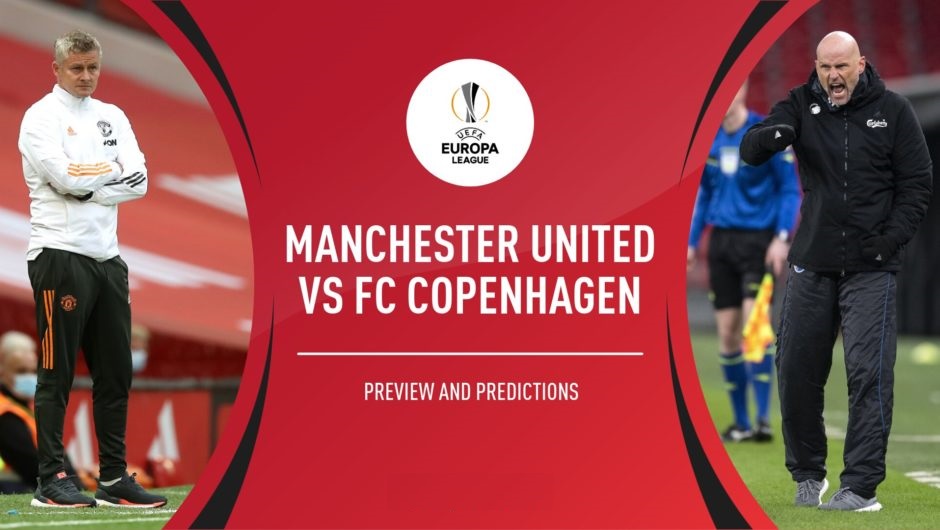 Manchester United will be looking for a place in this season’s Europa League semi-finals when they face FC Copenhagen in Cologne on Monday evening.

Ole Gunnar Solskjaer’s men weren’t exactly at their scintillating best against Austrian outfit LASK last time out and will be wanting to put on a better show.

As for their Danish opponents, this is the furthest they’ve been in a major European club competition, and Ståle Solbakken — a former international teammate of Solskjaer — knows his side has nothing to lose with all the pressure on the Premier League giants.

Luke Shaw remains out for Man Utd due to a troublesome ankle injury. Solskjaer is expected to make a number of changes from his last lineup, though Sergio Romero should retain his spot in goal. Ståle Solbakken, meanwhile, is likely to keep the eleven who knocked out Istanbul Basaksehir, meaning a place for ex-Red Devil full-back Guillermo Varela.

Man Utd: Ole Gunnar Solskjaer has often rotated his squad in the Europa League, meaning those on the periphery getting a run-out. Someone who’s benefited from this approach is newly-acquired striker Odion Ighalo, and he’s expected to feature when FC Copenhagen face the 2017 champions. The 31-year-old Nigerian marksman has started in United’s last four outings registering two goals, including a neat effort at LASK in March, and creating a further one.

FC Copenhagen: Given the gap in quality between the sides it’s not outlandish to suggest that Man Utd will dominate the proceedings in this game. Solskjaer’s incredible attack should pose FC Copenhagen a lot of uncomfortable questions, so the onus is on Copenhagen’s defensive rearguard, and they couldn’t have asked for a more experienced goalkeeper to call upon. Karl-Johan Johnsson is one of three players to feature in all of their Europa League games this season, though he has kept only three clean sheets while shipping seven goals.